The "AABA and Leakey Foundation Communication & Outreach Award in Honor of Camilla Smith" is awarded annually in recognition of outstanding public communication and educational outreach efforts in the field of biological anthropology.

The award was established in 2019 to recognize the importance and urgency of promoting scientific literacy, clarity of message, and efforts to foster respect and understanding for the variation, adaptation, and evolution of human beings and their living and fossil relatives. The AABA recognizes many forms of public engagement–including public outreach and dialogue activities, such as science cafés, displays, and exhibits; public policy activities, including op eds; science communication activities, such as mass media, including radio, TV, books, and film; and social and online media–but the award will be based on activities during the 24-month span preceding nomination. In all cases, the nominee must demonstrate active and continuing participation in efforts to engage and promote meaningful interactions with the public.

Nominations made in the previous year, but not awarded, will be reconsidered for the next additional year.

The AABA Executive Committee evaluates the nominees and makes the final decision. The committee may request a more detailed letter of nomination from the original nominator along with a brief curriculum vitae of the nominee. The awardee and the nominator are informed by the AABA President in January prior to the annual meeting.

The award is presented during the business meeting at the AABA annual meeting each year. The honoree will be introduced by the nominator or the Chair of the History & Honors Committee. 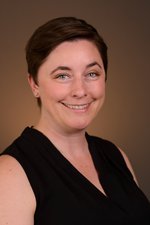 Katie Hinde, Arizona State University. Dr. Hinde’s ability to generate interest in biological anthropology and related fields is remarkable, reflecting her expertise and breadth across numerous academic fields. Her nomination notes that: “All of Dr. Hinde’s work in science communication is a master class in how to talk to the public about science in a way that is engaging, fun, informative, and transformative…” 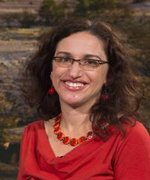 Briana Pobiner, Smithsonian Museum of Natural History. Briana Pobiner is a paleoanthropologist whose research centers on the evolution of human diet (with a focus on meat-eating), but has included topics as diverse as human cannibalism and chimpanzee carnivory. She has done fieldwork in Kenya, Tanzania, South Africa, and Indonesia and has been supported in her research by the Fulbright-Hays program, the Leakey Foundation, the National Geographic Society, the National Science Foundation, Rutgers University, the Society for American Archaeology, the Smithsonian Institution, and the Wenner-Gren Foundation. Since joining the Smithsonian in 2005 to help put together the Hall of Human Origins, in addition to continuing her active field, laboratory, and experimental research programs, she leads the Human Origins Program’s education and outreach efforts which includes managing the Human Origins Program's public programs, website content, social media, and exhibition volunteer training. Briana has more recently developed a research program in evolution education and science communication, and is also an Associate Research Professor of Anthropology in the Center for the Advanced Study of Human Paleobiology at the George Washington University. 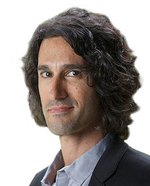 Agustín Fuentes, University of Nortre Dame. Dr. Fuentes' research centers on the question of what it means to be human and he has made significant academic contributions to basic primatology as well as larger integrative questions focusing on creativity and community in human evolution, multispecies relationships, and engaging race and racism. He is also an active public scientist. He has published a number of popular books, is an active blogger, is an enthusiastic participant in public science events, and regularly appears in the broader media (e.g. video and pod casts, etc.) as an advocate for the significance of our discipline.