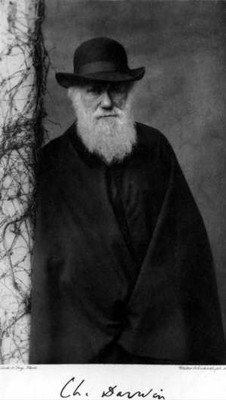 The Charles R. Darwin Lifetime Achievement Award was established in 1992 to recognize and honor distinguished senior members of the American Association of Biological (Physical) Anthropologists.

The Executive committee of the AABA invites the membership to submit names of nominees for this prestigious award. Nominees should have demonstrated a lifetime of contributions and commitment to Biological Anthropology through their scholarship, training, and service to the AABA.

Evaluation Process. The AABA Executive Committee evaluates the nominees and makes the final decision. The committee may request a more detailed letter of nomination from the original nominator along with brief a curriculum vitae of the nominee. The awardee and the nominator are informed by the President in January prior to the annual meeting.

Award Process. The award is presented during the business meeting at the AABA annual meeting each year. The awardee will be introduced by the nominator (in the case of multiple nominations, a single nominator will be selected). All members including students are encouraged to attend the business meeting to join together in recognition of a distinguished senior member of the AABA. 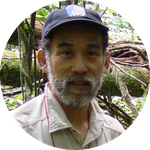 John Mitani, University of Michigan, Ann Arbor. Dr. Mitani’s research concentrates on understanding the behavior of living apes. He has conducted research on gibbons, siamangs, orangutans, gorillas, bonobos and chimpanzees, a rare accomplishment. His research has consistently provided new and provocative findings about the biology and behavior of these taxa, while contributing key insights into human evolution and adaptation. 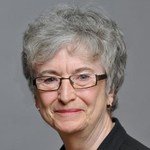 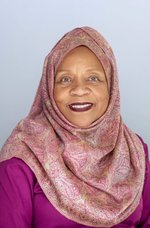 Fatimah Jackson, Howard University. Grounded in an emerging molecular anthropology, Dr. Jackson's earliest work focused on the ways in which molecular evidence can reveal and retrace complex patterns of ancestry, with a particular focus on African diasporic populations in which historical documentation is often absent. Through this line of research, Dr. Jackson has provided a critical gaze on anthropology's own history of "race science" and classification. As Dr. Jackson's career continued to develop, she has brought her keen perspective on issues related to the co-variants of health and chronic disease. 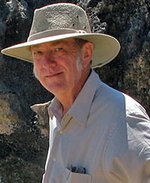 Matt Cartmill, Boston University. Matt Cartmill has published more than a hundred scholarly and popular works on the evolution of people and other animals and on the history and philosophy of evolutionary biology. Well known for his revolutionary analyses of the origins and early evolution of the ancestral primates, he has also made innovative contributions to scientific thinking about the origins and relationships of higher primates, prosimian anatomy, early hominin adaptations, quadrupedal locomotion, cranial evolution, and the philosophy of science.

Ken Weiss, Penn State University. The evolution of complex traits, genetics and evolutionary conceptual theory, history of evolutionary biology and bioethics as it relates to evolution and genetics in our society.

Russell Tuttle, The University of Chicago. Primate morphologist, and paleoanthropology

Milford Wolpoff, University of Michigan. While lots of paleoanthropologists focus on a particular time period, taxon or body part, Milford’s strength is that he has worked on an astonishing array of topics from the very beginning of our evolution from Australopithecus, to the origin of Homo, middle Pleistocene Homo, Neandertals and the origin of modern humans.

Bill Hylander, Duke University. Those of us who have had the pleasure and distinction of working with Bill have been infected with his intellectual curiosity and scientific rigor, particularly his willingness to employ novel techniques from other fields of inquiry. Through his role as the interim director of the Duke Primate Center, we owe him a debt of gratitude for helping preserve this unique institution long critical to our understanding of the behavior, ecology, conservation, and evolution of strepsirrhine primates.

George J. Armelagos, Emory University. George is a four-field anthropologist who has spent his life building elegant and compelling arguments in research areas that are Darwinian in approach and practical in application. The collective sum of all of his work highlights an original thinker who has dedicated himself to his craft and to his students.

Michael Little, Binghamton University. Early in his career, Little began making major contributions to the study of pastoral societies using ecological and evolutionary principles. Little has been a major participant in and has had a major impact on international science programs over the past 40 years, including the International Biological Program (IBP) and the Man and the Biosphere Program (MAB).

C. Loring Brace, University of Michigan. Brace is a prolific scholar who has authored an enormous number of books, peer-reviewed articles, and other contributions. He is also a favored presenter at professional meetings who frequently salts his talks with limericks written by his alter ego – I.Wright Drivell.

Eugene Giles, University of Illinois, Urbana-Champaign. From his earliest publications, Gene has been at the cutting edge of key developments in, or affecting, biological anthropology. Gene’s breadth and depth in biological anthropology, his eclectic skills and interests, reveal him to be a generalist, one of a kind that we may never see again.

Robert R. Sokal, Stony Brook University. Bob’s vita is exceptionally impressive. He has published over 200 papers and has also co-authored three very influential books: Biometry, Principles of Numerical Taxonomy, and Numerical Taxonomy. Bob’s research has spanned a wide range of topics and organisms. He has written on subjects ranging from the genetics of insecticide resistance to the ecological genetics of houseflies. He is perhaps best known for his many works on numerical taxonomy, a field he co-developed with Peter Sneath.

Francis E. (Frank) Johnston, University of Pennslyvania. Turning to just one of his intellectual contributions, Frank developed a focus on biocultural interrelations that formed the basic theoretical orientation for his work and that of many of his students and of his colleagues. Over the next decade, the biocultural approach became one of the most important and well-used approaches in growth and development, demography, genetics, paleopathology, and so many other areas that one can hardly examine our journal without findings articles relating some aspect of biology to some aspect of the social or cultural characteristics of a population.

Morris Goodman, Wayne State University. Through his decades of research in molecular anthropology, Morris has played a central role in reordering our view of the topology of primate evolution. In doing so, he has demonstrated the variable rates of molecular evolution among primate lineages, key among which is the trend to a slowing rate of molecular change in the anthropoids, especially the lineages leading to humans and African apes.

Charles Oxnard. Charles Oxnard has placed his unique stamp on just about every aspect of our discipline across the entire second half of the 20th century and all around the world, beginning in England and moving westward through North America to Asia and Australia. His research accomplishments have been almost as global as his residence patterns. A glance at his long bibliography shows an amazingly diverse span of subject matter, including comparative anatomy, growth and development, bone biology, vitamin metabolism, and the patterns and causes of sexual dimorphism. But when we think of his work as a whole, what comes to the forefront is his morphometric work—his lifelong quest for finding ways of taking huge numbers of data or complicated shapes, and crunching them into simpler functions that reveal a small number of underlying patterns reflecting diet, or locomotor behavior, or phylogeny. And most of us think immediately of all the books and papers in which Charles has applied these approaches to the study of primate and human evolution.

Elwyn Simons. Elwyn Simons began his career as a general vertebrate paleontologist, with a doctoral thesis on the Paleocene pantodonts. But he rapidly shifted the focus of his interest specifically into the primates, with a second thesis, under the distinguished direction of Wilfrid Le Gros Clark, on the Eocene primates of Europe. Since those days in the late 1950s he has gone on to become the most productive field paleoprimatologist of his generation, obtaining extraordinary fossil-finding achievements in Egypt, India, and Madagascar and other places. Through both discovery and analysis, no single individual has done more than Elwyn has to enlarge directly our knowledge of the primate evolutionary past; and his indirect contributions in this area, through the training and encouragement of others, have been equally vast.