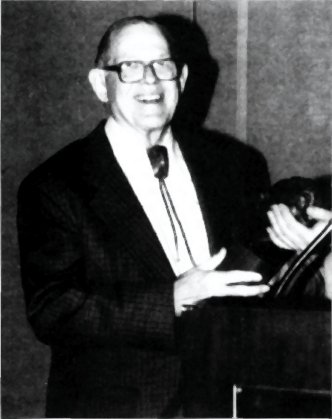 The Gabriel W. Lasker Service Award was established in 2005 to recognize and honor individuals who have demonstrated a history of excellence in service to the American Association of Biological/Physical Anthropologists, its members, and/or the field of biological anthropology. Nominees do not have to be AABA members.

Evaluation Process. The AABA Executive Committee evaluates the nominees and makes the final decision.   The committee may request a more detailed letter of nomination from the original nominator along with brief a curriculum vitae of the nominee. The awardee and the nominator are informed by the President in January prior to the annual meeting.

Award Process. The award is presented during the business meeting at the AABA annual meeting each year. The awardee will be introduced by the nominator (in the case of multiple nominations, a single nominator will be selected). All members including students are encouraged to attend the business meeting to join together in recognition of a distinguished senior member of the AABA. 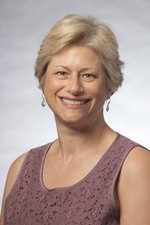 Andrea Taylor, Touro University. As described in her nomination packet, "Andrea Taylor has been the driving force behind some of the most important culture changes of the AABA." She is recognized for her consistent efforts in advocating for emerging scholars and women scientists in the AABA and beyond. She has helped create pathways for scholars in our discipline, while reducing barriers to work in our field. Her efforts as editor of the Journal of Human Evolution have advanced and enriched our field.

Leslea Hlusko, CENIEH, Spain, and University of California, Berkeley). Dr. Hlusko's remarkable achievements as AAPA and AABA Vice President and Program Chair for our annual conferences include her creative problem solving to provide members with a virtual conference experience in 2021. She gave us the best virtual conference that could possibly be. In addition, her innovations in providing our members with informative and ground-breaking webinars helped us remain a community during a global pandemic that separated us all. 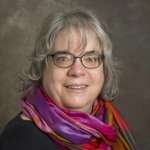 Karen Rosenberg, University of Delaware. Dr. Rosenberg's scholarship has transformed the way that we think about childbirth and motherhood. She has been a major public presence of our discipline in communicating about evolution to the public. Dr. Rosenberg has served the AABA as President, Past President, Vice President, Executive Committee member, and Scientific Program Committee member. As President, she led the organization toward responding effectively to a changing scientific landscape. Dr. Rosenberg is one of a handful of senior scientists who have supported and maintained a community of biological anthropologists across other major scientific organizations, including the AAA, the Paleoanthropology Society, the AAAS, and Sigma Xi. 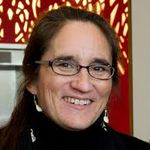 Anne L. Grauer, Loyola University Chicago. Paleopathology and paleodemography -- in particular the lives of women and the impact of social environments on the presence of diseases, human morbidity, and mortality. She is also a forensic consultant for the FBI's Evidence Response Team, the Cook County Sheriff’s Police, and the Cook County Medical Examiner’s Office. 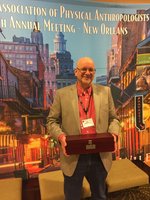 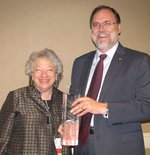 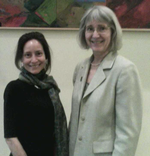 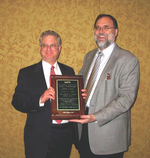 Phillip Lee Walker, University of California at Santa Barbara. Perhaps best about Phil’s service to the Association was the generosity and commitment of his time and energy to see that each task was completed. He rarely turned down a request to serve his various professional organizations. He brought to all his endeavors his scientific abilities, calm demeanor, heightened sense of diplomacy, and general good humor, characteristics that continually led colleagues to seek him out for important service roles in their organizations.

Curtis Weinker, University of South Florida. Since 1972 at the University of South Florida, where Weinker was a professor in the anthropology department and held a joint appointment with the College of Medicine, he served as the: Associate Dean for Academic Programs, Coordinator of Undergraduate Student Affairs, Associate (Interim) Dean for Graduate Affairs, Associate Dean for Academic Affairs, and Associate Dean for Undergraduate Studies. Just a few of his many honors there included Outstanding Faculty Member, the USF President’s Distinguished Service Award, and the USF President’s Distinguished Affirmative Action Award. He is currently emeritus professor at South Florida. By the time he retired in 2003, he had published more than 70 articles and a book.

Clark Spencer Larsen, Ohio State University. In Clark’s long service to the AABA he has served on the Program Committee and on the Editorial Board of the AJBA, as a Local Arrangements meeting co-chair, as AABA Vice President and President, and as Editor of the AJBA. There are few who have given more service to the association.

Martin K. Nickels, Illinois State University. Martin K. (Marty) Nickels is Professor Emeritus of Anthropology at Illinois State University, where he has been recognized for excellence in teaching on numerous occasions. While he has many publications that are ‘‘traditional’’ for a biological anthropologist, much of his writing has been directed at teachers and the injection of human evolution and other biological anthropological subjects into the science curricula of schools.

Fred de Kuyper, AAPA. The AABA recognized Fred de Kuyper's counsel in negotiating a new publishing agreement between the association and John Wiley & Sons, the publisher of AJBA, thereby making a lasting contribution to the health, wellbeing, and future of the AABA association and its journal.