The American Association of Biological Anthropologists, or AABA, is the world's leading professional organization for biological anthropologists. Formed by 83 charter members in 1930, the AABA now has an international membership of over 2,200. The Association's annual meetings draw more than two thousand scientists and students from all over the world.

The AABA Task Force for Ethical Study of Human Remains is focused on developing a roadmap for determining what constitutes ethical study and disposition of human remains and biological samples with consent when research is warranted. This roadmap is to be based on the desires and attitudes of descendant communities …

What can genetic ancestry tell us about our ancestors and disease risk? How might it influence the ways people identify themselves and communities? What are the promises and pitfalls of commercializing genetic ancestry technologies? This month, the American Association of Biological Anthropologists (AABA) is partnering with the American Association of …

Are you planning to attend #AABA2023? Are you an undergraduate or graduate student member? Apply for a Pollitzer Student Travel Award today! The essay prompt is now posted, and submissions are due on January 1, 2023.

Are you an early career member of AABA less than 4 years out from earning your PhD? Want to get more involved with AABA? Apply to be the next Early Career Liaison to the Executive Committee! Applications are being accepted until October 17, 2022. Contact Lauren Schroeder ([email protected]) for more …

This year, we will be holding a special election for AABA Treasurer to replace the current Treasurer, Graciela Cabana, who has taken on a new role as Yearbook of Biological Anthropology Co-Editor (with Sheela Athreya). The standard term is four years, although this election will cover only the two years …

WASHINGTON, D.C. – Leading academic and professional societies have announced their launch of the Societies Consortium on Sexual Harassment in STEMM (science, technology, engineering, mathematics, and medicine) to advance professional and ethical … 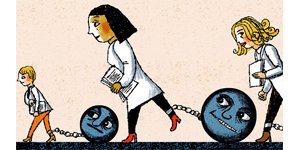 The recent National Academy of Sciences report on Sexual Harassment of Women: Climate, Culture, and …

Are you an early career researcher (postdoctoral scholar, lecturer, or Assistant Professor)? Do you have a research idea that requires funding? Consider applying for a Cobb Professional Development Grant! Completed applications must be received by Lauren Schroeder ([email protected]) on or before January 16, 2023. Follow the link for …

Every year, AABA recognizes colleagues in Biological Anthropology who passed away since our last annual meeting. If you know of a colleague who should be recognized, my sincerest condolences. In order to make sure that your colleague is recognized during the the Annual Business Meeting could you please fill out …

AAAS-DoSER December Dialogue: Celebrating all that we are: A conversation on sex, gender and identity (Dec7 5:30-7:00pm ET)

Conversations about identity can be particularly challenging when they intersect with biology, culture (including faith), and lived experience. In the current social and political moment, many people are seeking a richer understanding of sex and gender, drawing on …

Submitted 3 December 2022 by Sarah A Lacy

The Neanderthal Crossroads Project is the first Middle Paleolithic field school in the Balkan region and we are holding our second field season in summer 2023. Students will get the opportunity to learn surface survey and trench excavation techniques at a Middle Paleolithic archaeological site, Uzun Mera, as well as …

This hands-on course introduces participants to human osteology and bone biology. The course offers an in-depth study of human skeletal remains, including fragmentary remains and dentition. Participants will also be exposed to non-human osseous materials. Daily quizzes will help participants track their progress and apply their knowledge. The course is …

The Contisuyo Archaeological Lab School in Peru will provide students valuable experience studying abroad and conducting bioarchaeological and archaeological research. This program provides anthropology and archaeology majors an opportunity to earn 6 credits toward their major in a foreign country. The program gives students laboratory experience in artifact handling, conservation, …