This prize was created in honor of Sherwood L. Washburn (1911-2000). Born in Cambridge, Massachusetts, Washburn attended Groton School from 1926 to 1931 before going on to Harvard University where he received his B.A. and wrote a doctoral thesis on the osteology of Asian primates. He taught anatomy at Columbia University Medical School until 1947 when he moved to the University of Chicago to take a position in the Department of Anthropology. In 1958, he accepted a professorship in anthropology at the University of California, Berkeley, where he remained throughout the rest of his career. He was an active member of the American Association of Physical Anthropologists and also served as the editor of the American Journal of Physical Anthropology. Professor Washburn was a dedicated teacher who trained many productive students. His teaching and research were important in shaping the face of physical anthropological during the last half of the twentieth century. He was active in professional associations and served as the president of the American Association of Physical Anthropologists (1951-52) and the American Anthropological Association. Professor Washburn died on April 16, 2000.

Washburn SL (1951a) The analysis of primate evolution, with particular reference to the origin of man. Cold Spring Harbor Symposia of Quantitative Biology 15:67-78.

Washburn SL (1984) A comment on Feldesman's analysis of the distal humerus. American Journal of Physical Anthropology 63:85-9.

Washburn SL, and Moore RE (1973) Ape into man; a study of human evolution. Boston: Little, Brown. 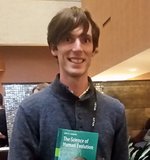 • John H. Langdon. 2016. The Science of Human Evolution: Getting it Right